Every year  the Symphonic orchestra of the Croatian National Theatre in Split has its traditional New Year concerts three days in a row – those are always the last three theatre programs of the year.

This year I was fortunate enough to be a part of the theatre audience on the second of those three wonderful evenings, with my faithful friends and blog helpers 🙂 Nina and Stela.

We enjoyed the wonderful music selection: Johan Strauss the son,  Jacques Offenbach, Franz von Suppe, and many more famous compositors. Visit to the theatre was also an opportunity to dress at our very best – evening dresses, silk gloves, high heels, chiffon, beads, pearls….theatre binoculars – you name it, we had it 🙂 ! Those kind of evenings are a wonderful opportunity to experience something rather different from our everyday outings.They remind us of the old times when the meaning of having a good time was a visit to the theatre, and not to some smoke and booze filled club…

But the most prestigious New Year concert is definitely the one performed by the Vienna Philharmonic Orchestra that takes place each year in the morning of New Year’s Day in Vienna, Austria. Ballet dancers, who perform through several compositions during the concert, are dressed by prestigious fashion designers. Hopefully, we will also have an opportunity to be a part of that wonderful concert one day.

Pearl earrings – a gift from my mother-in-law 🙂 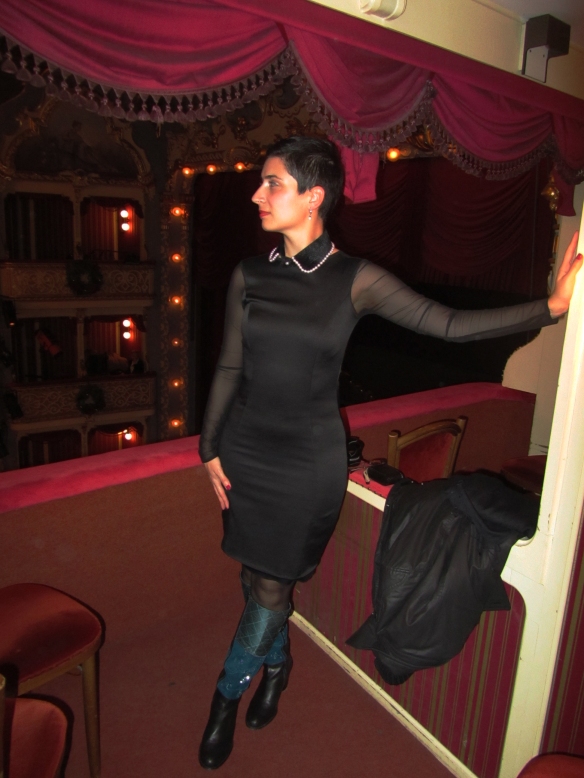 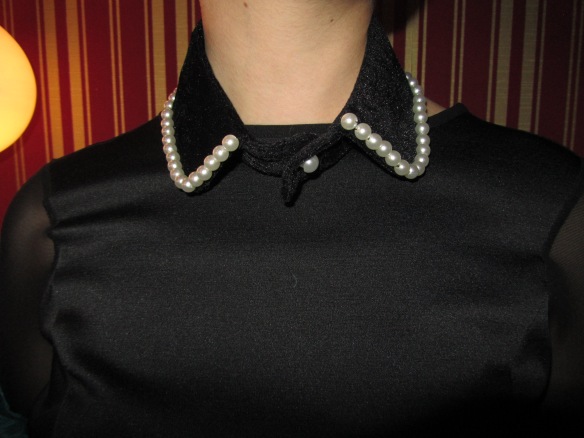 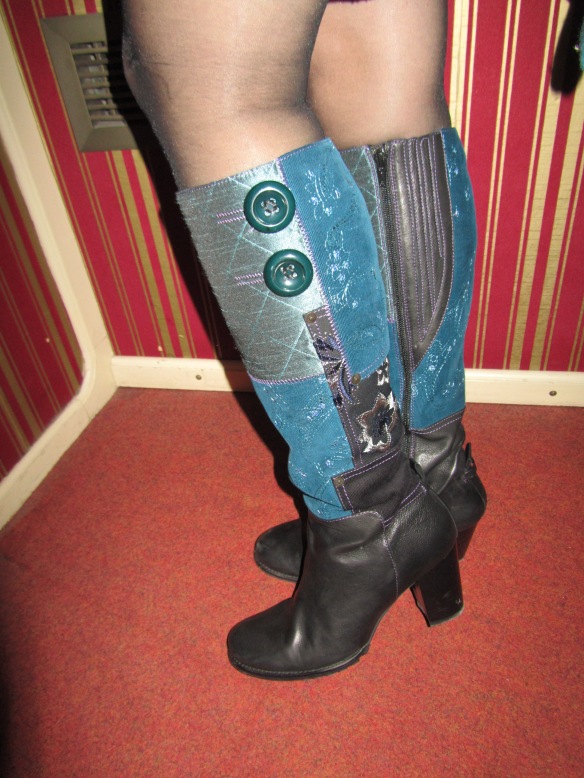 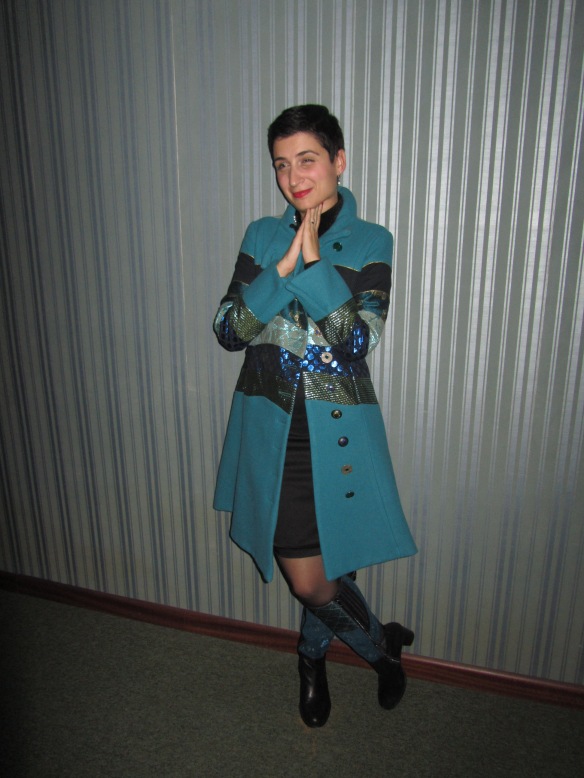 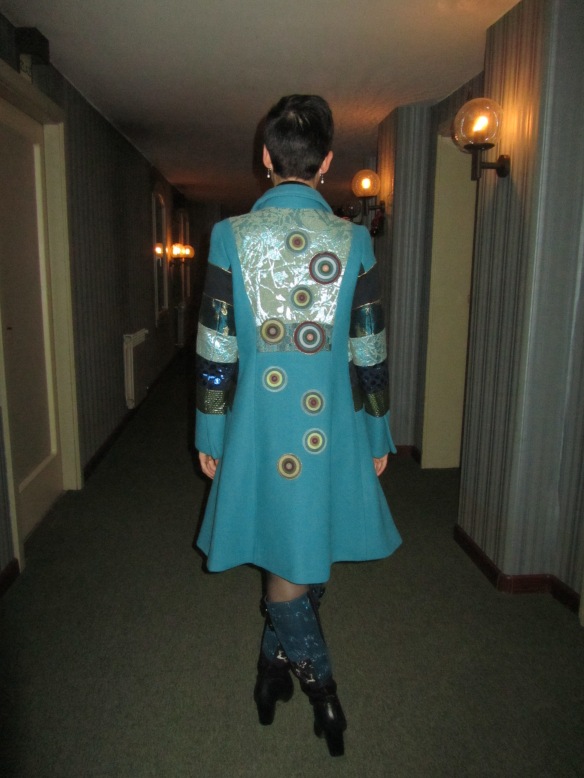 The following text was written by my guest author, Miss Nina from http://idledawdle.wordpress.com/  blog 🙂 ! 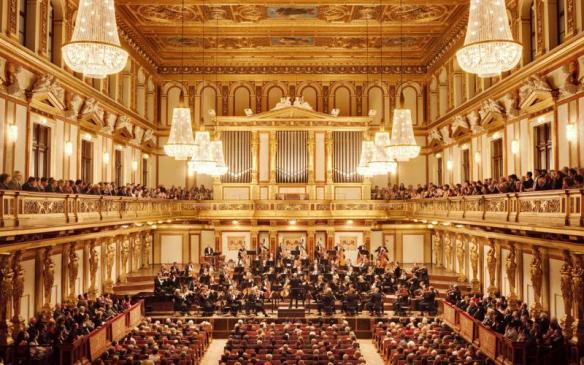 New Year’s concert in the beautiful Great Hall of Musikverein in Vienna is the most famous concert of classical music in the world. It is televised in over 80 countries and an estimated 40 million people have watched it this year alone. Not only are the acoustics of the Great Hall considered one of the finest in the world, but the room itself is beautifully decorated with crystal chandeliers, golden ornaments, and statues.

The tradition of the concert held on New Year’s Day started way back in 1939. The only composer performed was the beloved Johann Strauss II. Today the orchestra plays pieces from the Strauss family and from other, mainly Austrian, composers.

In the late 1950’s a tradition of an encore containing The Blue Danube waltz and Radetzky March was established, and the two pieces are amongst the most recognisable pieces of classical music today. Radetzky March is also famous for participation of the audience, which claps to the rhythm during the performance, signifying a celebration of the New Year. 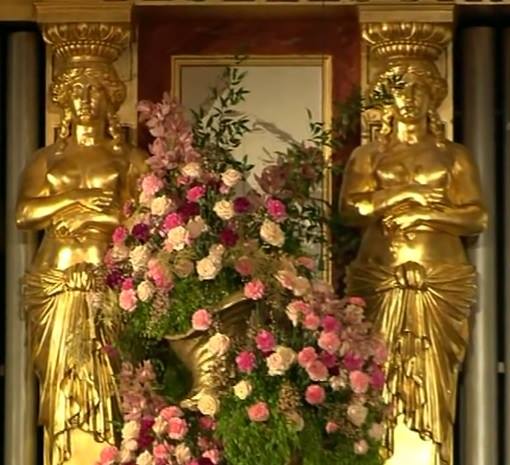 But music isn’t the only thing we anticipate every year, because the most beautiful flower arrangements are sent from San Remo especially for the occasion, and it’s been a tradition since 1980. They are the focal point of the hall, and are always in the centre of attention of the cameramen, deservedly so. Exquisite and breathtaking floral pieces make our viewing pleasure even greater, but there’s also a thing of fashion that catches our eyes, and has nothing to do with flowers.

If you thought about the ballet dancers, you thought right! In the second part of the programme ballet dancers from the Vienna State Opera Ballet dance to a few selected pieces. They often use the most beautiful outdoor venues and the most lavish interiors Vienna has to offer. Although the costumes have always been well-designed and eye-catching, during the last few years Vienna State Opera Ballet has invited some of the world’s most famous designers to design the ballet costumes for the New Year’s performance.

Designer of this year’s costumes was the queen of punk herself, Vivienne Westwood. Besides giving us her classical voluminous gowns with lots of tulle, we also got to see one of her signature designs – plaid. It was so quirky, eccentric, and fun, it fit really well with the music of the piece that the ballet dancers performed. 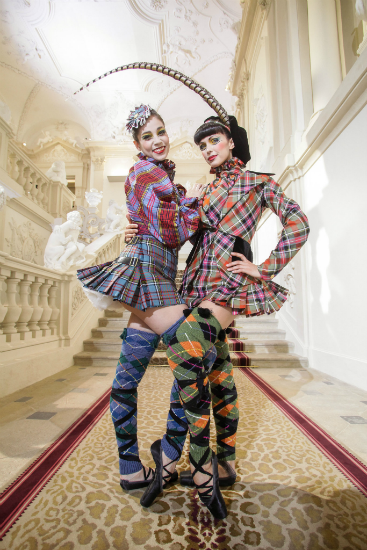 Watch the video in HD to fully appreciate the wonderful design of Mrs. Westwood. 🙂

My favourite women’s designer was chosen to design the ballet gowns for the New Year’s concert of 2010. It was the one and only – Mr. Valentino! While watching the dancers in pink and blue dresses made of hundreds of layers of chiffon, life seemed nothing but a dream. He showed us then and there why he is considered the king of dresses. Although there are a few photos of his designs, I highly suggest you watch the video to see the movement of his gorgeous designs:

Last year was probably one of the most memorable New Year’s concerts, for me at least. It has everything to do with extraordinarily colourful costumes designed by costume and stage designer Johan Engels. Some may think it’s over the top (like my mother), but it was so extravagant that I found it very entertaining and humourous. 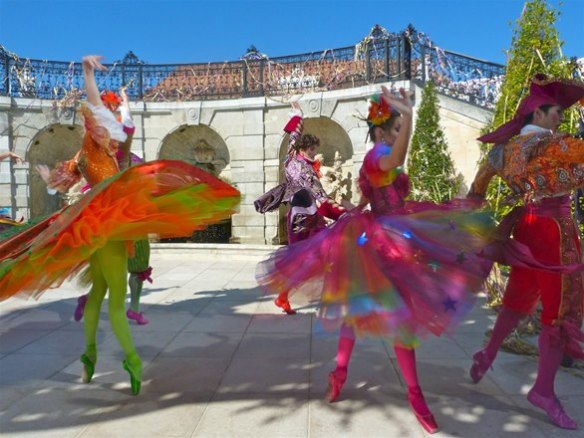 Also watch the video of this performance to get the full LSD effect of the clothes:

Not only do they choose the most beautiful places to perform, they often dance into the Great Hall during the concert, so if you’re there you can admire the clothes from up close. If that’s got you interested in the concert, know that it’s practically impossible to obtain tickets for when you’d like to go, because there’s not even a waiting list, but a lottery. Yes, the demand is so high that they had to install the lottery system to give everyone a fair chance of winning tickets. The best of luck to you all! Happy New Year, and may your life be as joyful as this silly/wonderful performance of Radetzky March from this year’s concert:

Special thanks for Split theater pictures to Miss Stela

4 thoughts on “A Night At The Theatre”