Approaching Valentine’s Day, this horrible, stormy and grey weather in my hometown inspired me for today’s blog post.

There are so many wonderful love stories in history of the world, but I doubt there is one so fatalistic, wild, and eventually unhappy as the love story between Catherine and Heathcliff, main characters of Emily Bronte’s masterpiece, and her only work, „Wuthering Heights“. I was very young when I first read this book and I found it way too intense and hard to read, but several years and more love experiences later 🙂 I learned to love it.

The whole book is situated in rather depressing and wild English moors – they are actually the thing Emily Bronte knew the best because she grew up in a similar surrounding. It is fascinating how much passion she put into her book and in her characters – especially for a person who rarely left her home and never had any known relationships. One can only wonder how deep and intriguing her imagination and her own inner world were.

She left this world way too early, but she lives through her passionate heroes and new generations of loyal fans and admirers.

I caught an influenca after shooting this set of photographs – suffering for the art indeed 🙂 ! 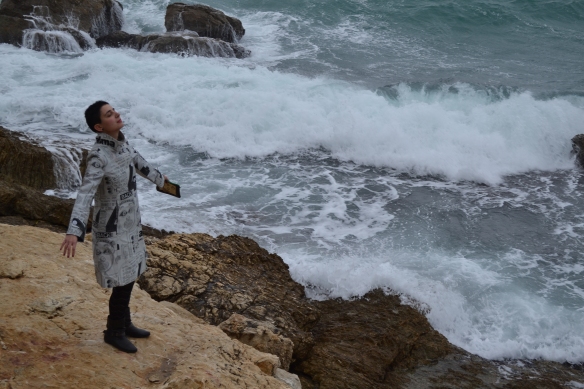 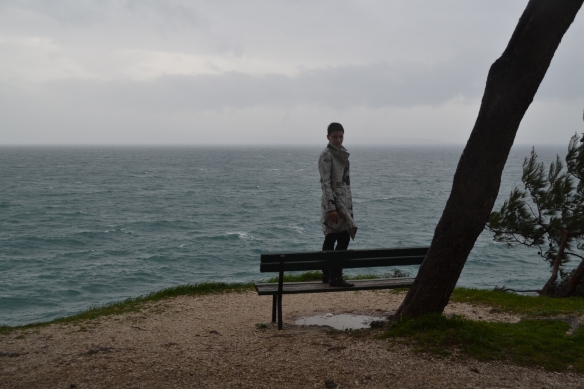 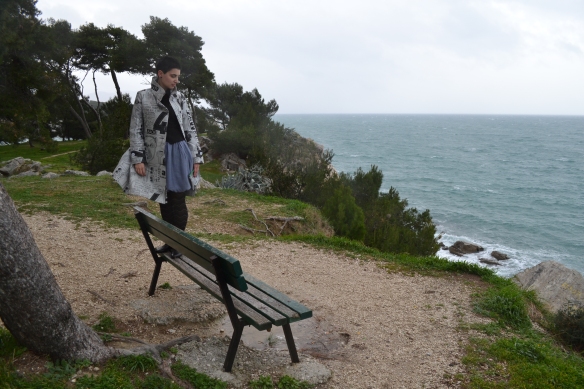 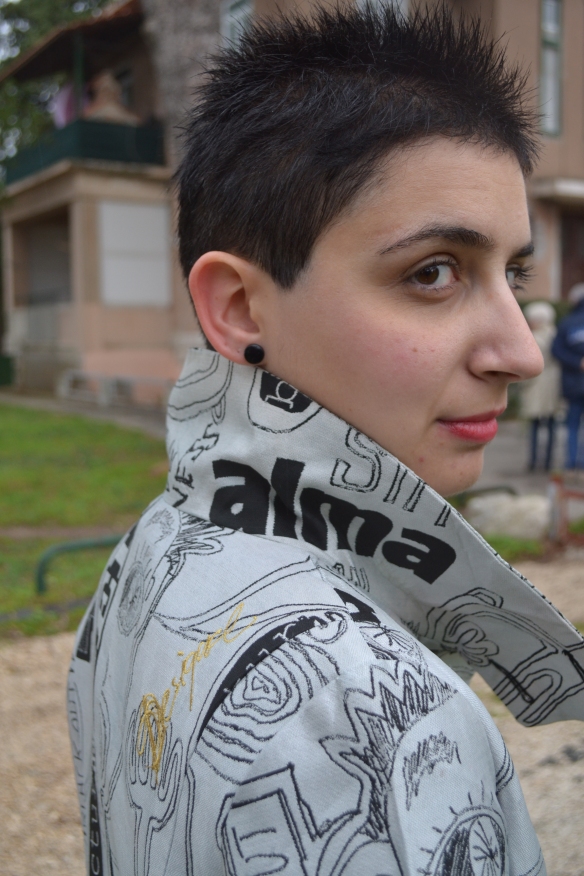 Blog…always on my mind and my wardrobe 🙂

Booties and stockings – gift from my mother 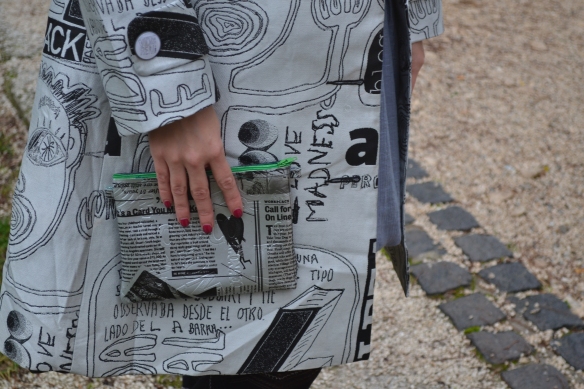 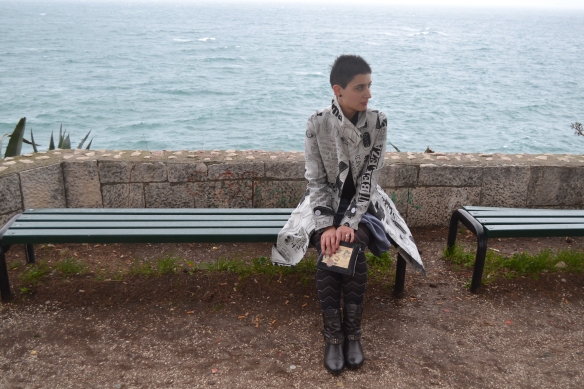 Wuthering Heights is a novel by Emily Brontë, published in 1847 under the male pseudonym Ellis Bell. It was her first and only published novel: she died the following year, at the age of 30.

One of my favourite book covers for “Wuthering Heights”

Wuthering Heights is the name of the farmhouse on the Yorkshire moors where the story unfolds. Moors give the story even more darkness, and gothic, almost unnatural feeling. The book’s main theme is the destructive effect of jealousy and vengefulness. 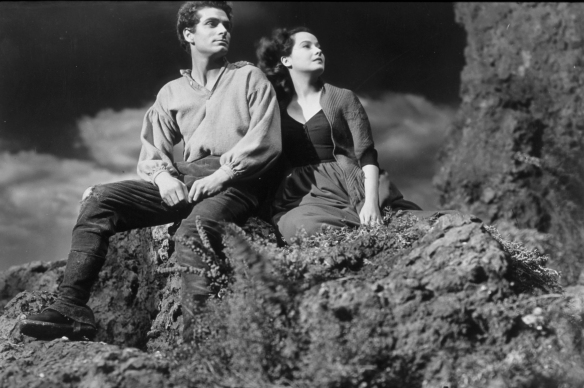 Wuthering Heights is now regarded as a classic of the English literature, but received mixed reviews when first published, and was considered controversial because of passion, ans mental and physical cruelty descriptions.

Main male character, Heathcliff, is found, orphaned, on the streets of Liverpool and taken to Wuthering Heights house by its owner, Mr. Earnshaw. Heathcliff and Mr. Earnshaw’s daughter, Catherine, grew close. Despite their deep love for each other, Catherine eventually marries Edgar Linton, young and rich aristocrat, the complete opposite of Heathcliff. Heathcliff and Catherine’s love and passion are the central theme of the first part of the book, and Heathcliff’s revenge against the man she chose to marry and its consequences are the central theme of the second volume.

Some critics have argued that her decision to marry Edgar Linton shows a rejection of nature and a surrender to culture—a choice with fatal consequences for all the other characters. Critics have examined her character through many different sides, including those of psychoanalytic theory and feminist theory.

Heathcliff has often been considered as a Byronic hero, but critics have pointed out that he re-invents himself at various points, making his character hard to fit into any single “type.” 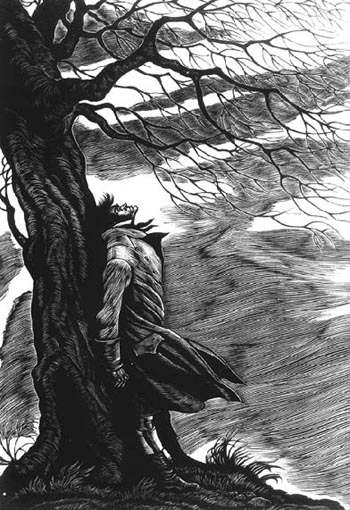 Early reviews of Wuthering Heights were mixed in their assessment. Whilst most critics at the time recognised the power and imagination of the novel, they also found the characters extremely forward and uninhibited for Victorian times.

For me the best review is definitely the one by The American Whig Review:

“Respecting a book so original as this, and written with so much power of imagination, it is natural that there should be many opinions. We have been taken and carried through a new region, a melancholy waste, with here and there patches of beauty; have been brought in contact with fierce passions, with extremes of love and hate, and with sorrow that none but those who have suffered can understand. “ 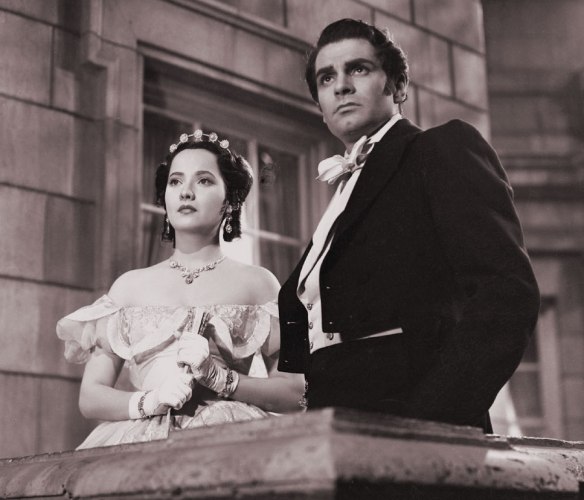 The most famous film adaptation was 1939’s Wuthering Heights, starring Laurence Olivier and Merle Oberon and directed by William Wyler. It won the 1939 New York Film Critics Circle Award for Best Film, and was nominated for the 1939 Academy Award for Best Picture.

Kate Bush‘s song “Wuthering Heights” is most likely the best-known creative work inspired by Brontë’s story. Bush wrote and released the song when she was eighteen. It was primarily inspired by the Olivier-Oberon film version which deeply affected Bush in her teenage years.

14 thoughts on ““Wuthering Heights” on my mind”